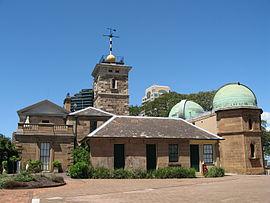 Millers Point is a neighbouring Suburb of Walsh Bay located on the north-western edge of the Sydney central business district, adjacent to Walsh Bay, Dawes Point and The Rocks. The Barangaroo development is taking place on 22 hectares of land on the western side of Millers Point.

A small mill consisting of three windmills owned by Jack Leighton was located here. The area became known as Jack, the Miller's Point.

In May 1835 a single storey sandstone building with two rooms that could be opened into one was completed as a school that doubled as a place of worship. St Brigid's Millers Point is the oldest existing place of Catholic worship in Australia. The school closed in 1992 but the church continues to be used by the local community.

The current Sydney Observatory building on Observatory Hill was completed in 1858. Three pubs in the area are amongst the oldest in Sydney, the Hero of Waterloo, the Lord Nelson and the Palisade.

For more on Millers Point visit the Dictionary of Sydney.

Dawes Point is a neighbouring suburb of Walsh Bay located on the north-western edge of the Sydney central business district, at the southern end of Sydney Harbour Bridge.

The area was originally known by the Aboriginal names of Tar-ra and Tullagalla. This was later changed to Point Maskelyne in honour of Reverend Dr Nevil Maskelyne, British Astronomer Royal who sent out the first astronomical instruments which were established at the point in the country's first observatory, by Lieutenant William Dawes (1762-1836), astronomer with the First Fleet. Later the point was renamed in honour of Dawes.

It was also the site Dawes mounted the first guns in Sydney in 1788, and contained Sydney's first cemetery. 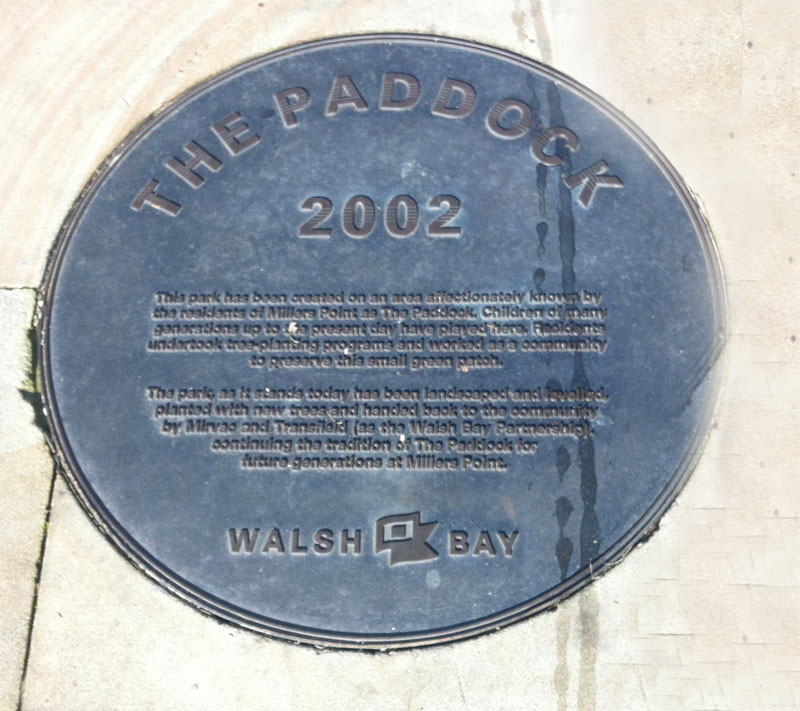 As part of the redevelopment of the Walsh Bay Precinct 'The Paddock', a beautiful park located on the corner of Pottinger St and Windmill St, was redeveloped by Mirvac and Transfield and donated to the Sydney City Council for the benefit of local residents and the people of Sydney at no cost to the Public.

This park has been created on an area affectionately known by the residents of Millers Point as the Paddock. Children of many generations up to the present day have played here. Residents undertook tree planting programs and worked as a community to preserve this small green patch.

The park as it stands today has been landscaped and levelled, planted with new trees and handed back to the community by Mirvac and Transfield continuing the tradition of the Paddock for future generations 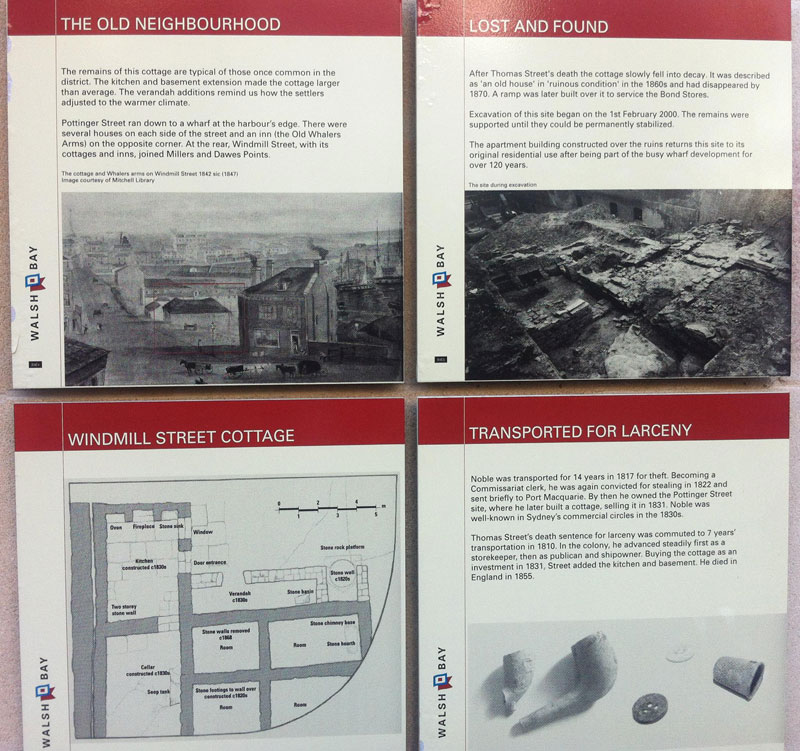 In February 2000, during excavation for the development of the Parbury Apartments the ground floor remains of a stone cottage were uncovered. The cottages two main owners were ex-convicts Hugh Noble (born 1794) and Thomas Street (born 1790).

Noble purchased the site around 1820 and built the cottage soon after. He sold the property to Street in 1831. Street added the kitchen and basement to the cottage in 1835.

The cottage was abandoned and partly demolished by the late 1860's. It was finally built over by a service ramp for the adjacent Bond Stores in the 1870's.

Today you can see the remains of a verandah and four basement rooms. Two rooms would have had harbour views.

The site has been declared to be of State Significance, meaning that it is important to our understanding of the history of NSW.

Lamb, Parbury and Co was a family business operated by the Lamb family, famous as merchants and pastoralists in the Mid-late 1800's.

Parbury and Co operated from Walsh Bay and today the Parbury Apartments at 1 Pottinger St are named in memory of this important early colonial business.

The site where the Towns Place Apartments now stand was the location of Captain Robert Towns' Whaling and trading empire of the 1850's and 60's.

Archaeolgical investigation has revealed the walls of his stone wharehouse and uncovered artefacts from whaling and south-sea trade.

This was also the location of the famous 'bull-ring' where laborers vied to be chosen for a day's work on the wharves during the great depression when Hickson Road was part of the notorious 'Hungry Mile'.