The First Engineer-in-chief of the Sydney Harbour Trust.

Walsh migrated to New South Wales in 1877, and joined the Department of Public Works in January 1878 as a surveyor for the Sydney water supply scheme.

As resident engineer in Newcastle in 1879, he was responsible for the construction of the Walka pumping station and reservoir, and flood protection works on the Hunter River at Maitland.

At Newcastle, Walsh developed a new harbour basin and Walsh Island (site of the State dockyards), built mid-stream in the Hunter River from dredged silt.

Walsh moved to Sydney as engineer-in-chief of the Sydney Harbour Trust when it was established in 1901. His engineering and administrative abilities were evident in the remodeling of Dawes and Millers points, including the design and construction of the Walsh Bay and Jones Bay wharves and cargo-handling systems. Walsh designed and constructed a new system of wharves, stores and associated roads and hydraulic systems to service them.

The design of Walsh Bay included a ‘rat proof’ Monier pre-cast concrete seawall to address the issue of the bubonic plague of 1900. The wall prevented rats from living in the sea wall and infecting surrounding residents.

Henry Deane Walsh was responsible for the upgrade of the Port of Sydney and is remembered as one of the most enterprising and skilled engineers of his day. Almost £5 million was spent on the Sydney Harbour front under his direct supervision. Appointed commissioner of the trust in 1913, he retired in 1919.

His achievements were commemorated in the designation of Walsh Island in Newcastle Harbour and Walsh Bay on Sydney's waterfront.

For more on Henry Walsh see Australian Dictionary of Biography 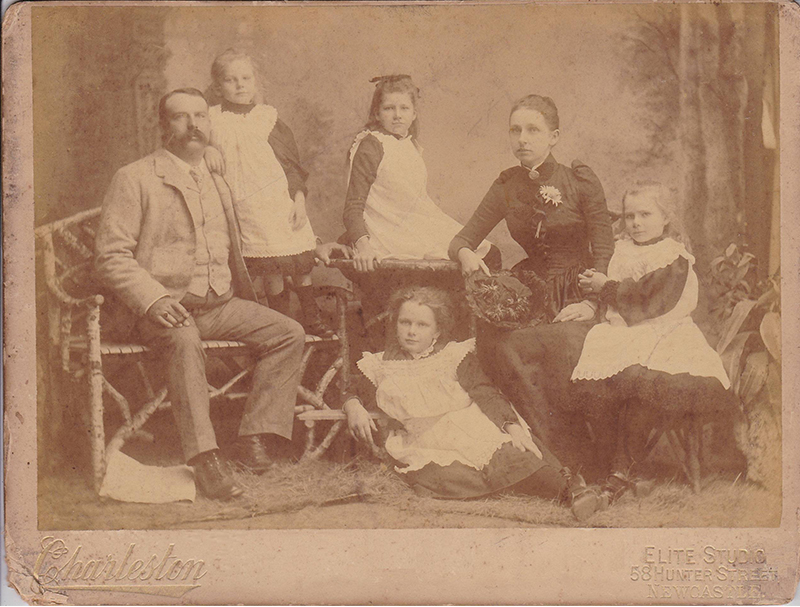 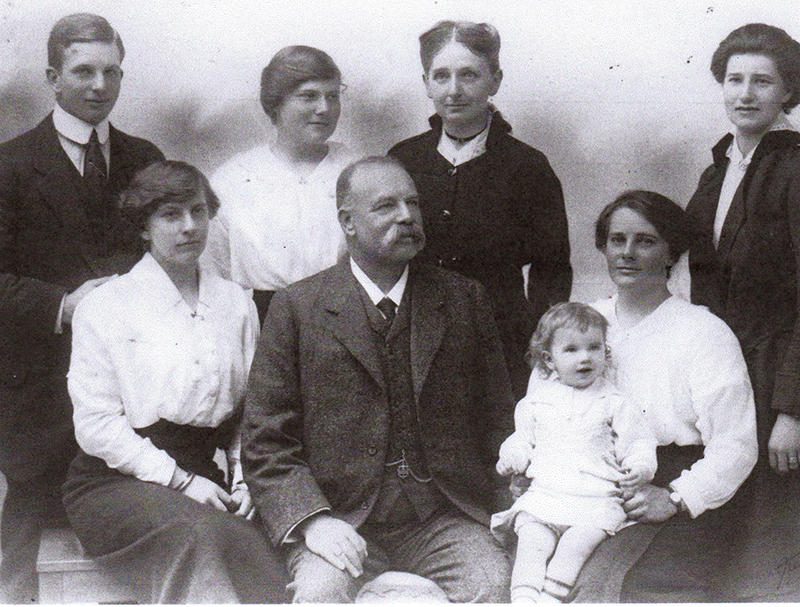 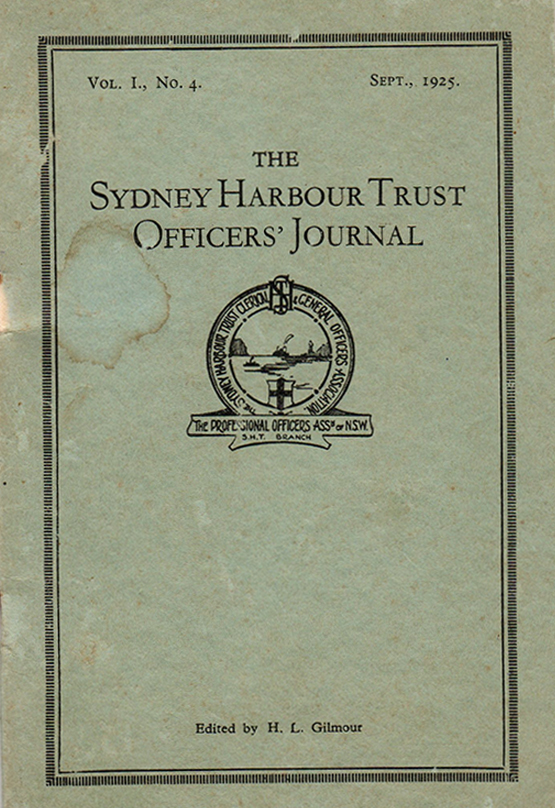 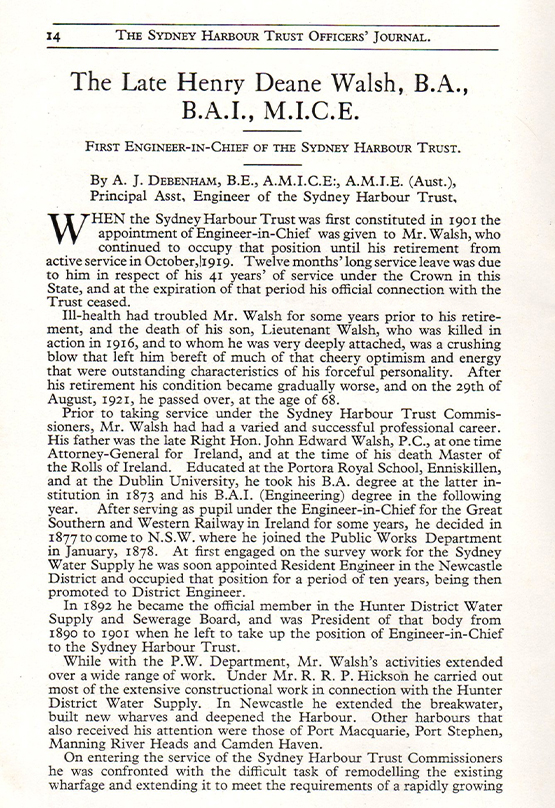 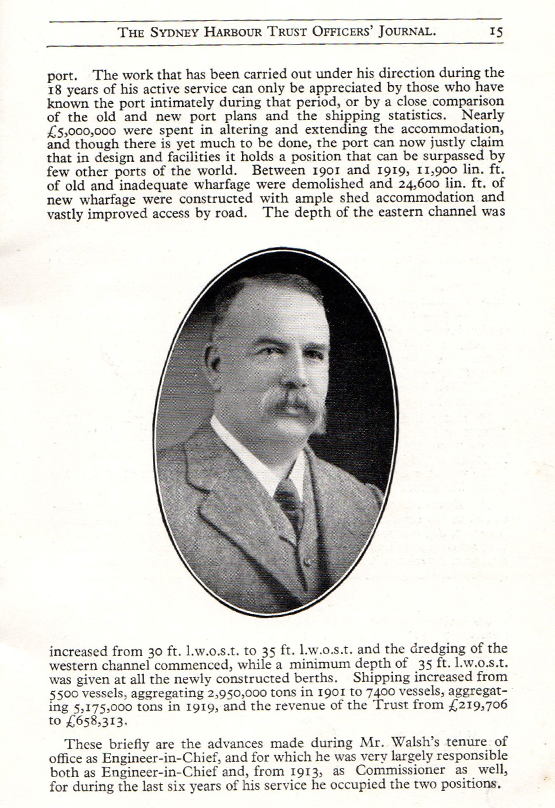 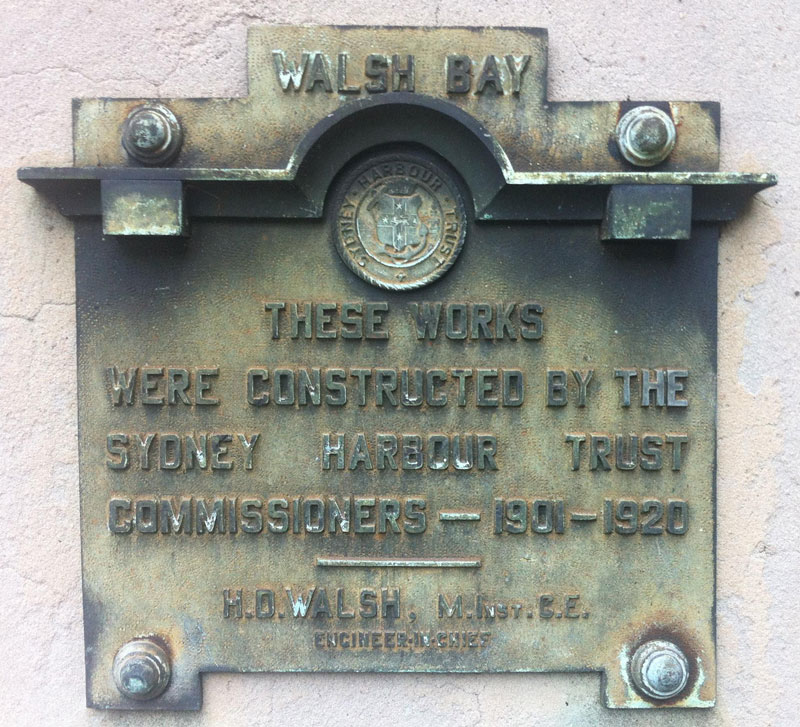 Jack Leighton was a convict who owned and erected three windmills on the Hill overlooking Cockle Bay.
He became known as Jack the Miller, after whom Millers Point was named.

Dawes was an engineer and surveyor in Australia from March 1788. Dawes built his observatory on what is now Dawes Point, under the southern approach to Sydney Harbour Bridge. Dawes was the first to make astronomical observations in Australia, he constructed the first battery on the points at the entrance to Sydney Cove, and laid out the government farm and first streets. Dawes took part in several explorations to the mountains west of Sydney, including the first attempt to cross the Blue Mountains.

Dawes was interested in studying the local Aboriginal Eora people and developed a close relationship with a fifteen-year-old native girl, Patyegarang (Grey Kangaroo). Dawes became an authority on Aboriginal language.

Dawes fell foul of Governor Arthur Phillip who required that Dawes apologise for two incidents. First for purchasing flour from a convict during a food shortage as it was illegal to trade a man’s rations. Dawes argued that the flour was the man’s personal property and eligible for trade. The second, in Dec 1790 Dawes resisted participating in a punitive expedition against the Aboriginals ordered by Governor Phillip because an Aboriginal named Pemulwuy, killed the British game-keeper John MacIntyre as retribution, as MacIntyre was believed to be hunting Aboriginals. Dawes later stated publically that he regretted taking part in the expedition.

Dawes refused to apologise and was shipped back to England in December 1791. Despite making a number of requests, Dawes never returned to Australia.

He was the first man to realise that punitive expeditions against the aborigines would only make the position worse. It was said of him "Dawes is one of the excellent of the earth. With great sweetness of disposition and self-command he possesses the most unbending principles".

For more on Lt Dawes use these Links:
- The Australian Dictionary of Bibliography – William Dawes (1762 – 1836)
- The notebooks of William Dawes on the Aboriginal language of Sydney.
- Wikipedia

Captain Robert Towns was a merchant and an entrepreneur who had little formal education. He arrived in Sydney on 9 March 1843 aboard the ‘Seahorse’ and soon established himself as a mercantile agent. In 1844 Towns began investing in small ships with the acquisition of the ‘Elizabeth’ and moved to Walsh Bay.

Captain Robert Towms established a Whaling and trading empire for the site now known as Towns Place in Walsh Bay during the 1850’s and 60’s.

The following is a quote from the Australian Dictionary of Biography: “Towns was the incarnation of the puritan virtues of thrift, sobriety, industry and 'perseverance'. Bluff and peppery, with simple habits, he was respected by all for his honesty, reliability and especially for his energy and his 'never ending speculative spirit'. By many of his employees he was known as a cheese-parer, full of furious criticism for failure but few words of praise for success. 'A hard but a just master' was about the most flattering comment to come from an employee; it was one that would have pleased him.

Robert Hickson was a civil engineer and the first President of the Sydney Harbour Trust established in 1901.

After the bubonic plague broke out on the Sydney waterfront Hickson was appointed chairman of an advisory board on harbour-foreshore resumption in 1900. In 1901 he became first president of the Sydney Harbour Trust and began a programme of improvements which among other things provided a vast wharfage, diverted sewers discharging into the harbour bays and instituted measures for preventing pollution of port waters. He sat on royal commissions on improvements to Sydney and suburbs in 1908-09 and on railway decentralization in 1910-11.

During his twelve years in office Hickson oversaw the upgrading of facilities at Walsh Bay, Darling Harbour, Pyrmont and Woolloomooloo. Hickson Road is named after Robert Hickson.

When he retired on 31 December 1912 he had been responsible for the expenditure of £6,250,000 in capital works on the Sydney waterfront. The Imperial Service Order was conferred on him on 24 June 1910.

For more on Robert Hickson see Australian Dictionary of Biography.